The collapse of a residential building on Wazir Hasanganj Road in Lucknow Uttar Pradesh has caused panic. Many people were presumed buried in the accident, and police arrived at the scene as soon as information about the incident was received. Simultaneously, the SDRF and NDRF teams reached the location and started the rescue operation. It is thought that the building could have collapsed due to the earthquake that occurred on Wazir Hasan Road in the Hazratganj area of ​​Lucknow and the building is said to be old.

Together with the District Judge and senior police officer, SDRF, the NDRF team has been directed to go to the relief work, at the same time, instructions have also been issued to many hospitals to remain vigilant.

Relief and rescue operations are ongoing

Regarding this accident, Deputy CM said that the building suddenly collapsed, relief and rescue work is underway. SDRF, NDRF team present on site, 3 bodies have been recovered so far, all efforts are being made to save people. Deputy CM says that all hospitals in Lucknow are on alert, a four story house suddenly collapsed. All high ranking officials have also reached the place, maximum number of ambulances have been called to the place. There are still more than 25 ambulances present at that place. 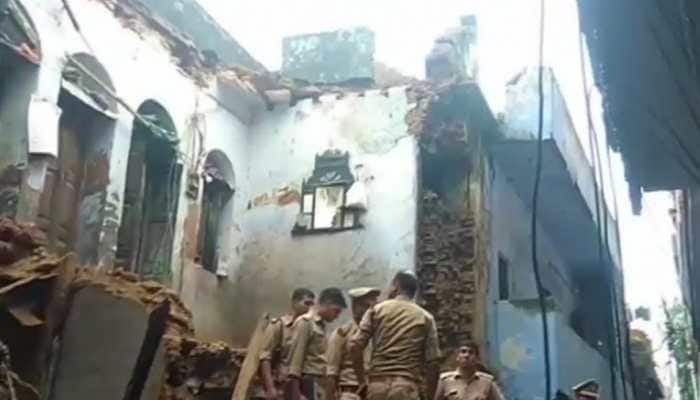 Growing up in San Francisco, Grace Young watched her father shop every day in Chinatown for everything she needed to cook traditional Cantonese meals